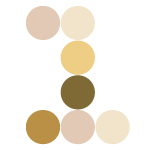 The First Baltic Music Channel was the first online music channel in the Baltic countries which was made available through all Baltic cable networks, satellite receivers and the Internet through live broadcast. 1BM has been a part of the group since December 2005.

Our audience: 60% of The First Baltic Music Channel viewers are aged between 25 and 54.